Is the Future of Naval Warfare Drone Swarms That Can Wipe Out Submarines? 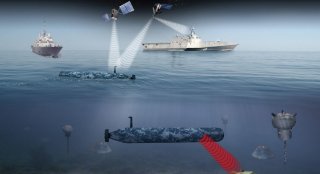 Here's What You Need To Remember: Drones offer a lot of interesting possibilities for how warfare might change. However, they aren't yet able to displace traditional systems.