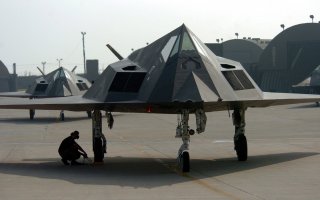 Here's What You Need to Know: Despite a Congressionally-approved destruction mandate, few F-117s appear to be resting in boneyards.