This Historic Plane was Modeled on a .50 Caliber Bullet 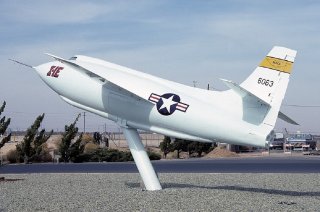 Here's What You Need to Know: On October 14, 1947, Chuck Yeager became the first pilot to fly supersonically, flying at Mach 1.06 and just breaking the sound barrier.

On October 14, 1947, Chuck Yeager became the first pilot to fly supersonically, flying at Mach 1.06 and just breaking the sound barrier. Immediately after his record-setting flight, all data gathered during the flight was categorized as Top Secret, and the truth about his flight was withheld for several months.