How Many Ships Does the U.S. Navy Have? It's Complicated 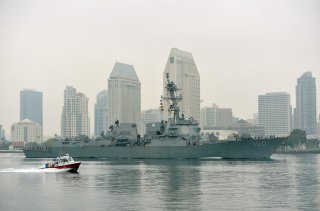 Here's What You Need To Remember: Balancing the operational needs of the present with the technological needs of the future is a difficult equation to solve. But a healthy initial step towards solving it would be to count armed 2,000-ton vessels as “ships”, even if they don’t have humans onboard.

Sébastien Roblin writes on the technical, historical and political aspects of international security and conflict for publications including the The National Interest, NBC News, Forbes.com and War is Boring. He holds a Master’s degree from Georgetown University and served with the Peace Corps in China. You can follow his articles on Twitter. This first appeared in 2019.