How Would the U.S. Navy Deal with Iran's Sea Mines in a War? 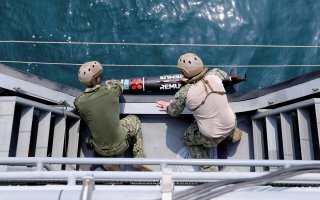 Here's What You Need to Know: The U.S. Navy is moving quickly to develop new mine countermeasures.