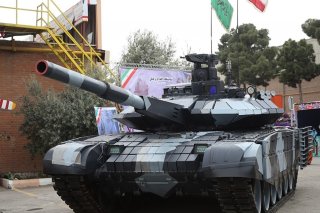 Here's What You Need to Remember: The Karrar is essentially a clone of the Russian-designed T-90S MBT and is reportedly far more advanced than the Zulfiqar, the MBT that was named after the sword of the first religious, spiritual and political Shia leader, Hazrat Ali. It was first conceived by Iranian Army Brigadier General Mir-Younes Masoumazadeh and based on the American M48 and M60 and Soviet T-72 tanks.