Israel and Iran Once Teamed Up to Crush Iraq's Nuclear Program 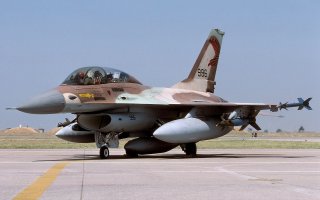 Here's What You Need to Know: Tel Aviv funneled vital arms to Tehran during the 1980s despite the Ayatollah’s increasingly anti-Israeli rhetoric.

The skimming Phantoms climbed briefly to higher altitude so as to appear on Iraqi radars, before ducking back down to hit the deck. But while two decoy Phantoms maintained their trajectory towards Baghdad, the other two veered southwards towards the real target: Iraq’s Osirak light-water nuclear reactor.

The jets were undertaking the first air-strike against a nuclear reactor, and the first preemptive air-strike attempting to prevent a country from developing nuclear weapons capability. In fact, the only preceding attack on nuclear facilities occurred during World War II when British commandoes successfully sabotaged Nazi heavy water research facilities in Norway.