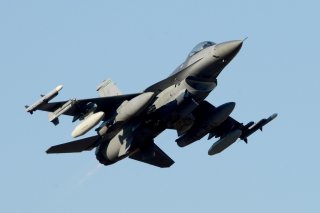 Here's What You Need to Remember: A stealth drone could address both the need for survivability and long endurance. In the fall of 2018, the Missile Defense Agency handed out contracts ranging from $29-37 million to Lockheed Martin, General Atomics and Boeing to develop a “Low Powered Laser Demonstrator.” The slow-moving drone must be able to transit 1,900 miles to a target location, then orbit the area at up to 63,000 feet high for thirty-six hours before returning to base.

A few years back in 2018, the Air Force Research Laboratory (AFRL) tested a fiber-optic laser at the White Sands Test Range in New Mexico that successfully shot down “multiple air-launched missiles in flight.”

Sébastien Roblin holds a master’s degree in conflict resolution from Georgetown University and served as a university instructor for the Peace Corps in China. He has also worked in education, editing, and refugee resettlement in France and the United States. He currently writes on security and military history for War Is Boring. This piece was first featured in September 2019 and is being republished due to reader interest.