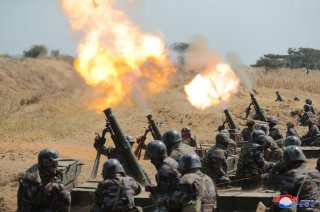 Here’s What You Need to Remember: Pyongyang’s massive conventional defense outlays continue to yield negligible military value. They have succeeded only in propping up a bloated and increasingly unviable military-industrial complex that cannot be meaningfully reformed without a comprehensive decommission and modernization effort.

Mark Episkopos is a frequent contributor to the National Interest. Mark is also a PhD student in History at American University.

This article was first published in September 2020. This article is being republished due to reader interest.