North Korea's Best Battle Tank Is From the 1960s 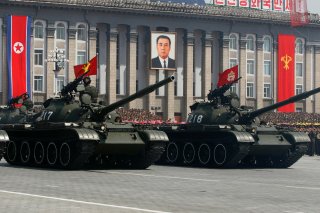 Key Point: This might be the DPRK’s most advanced tank—though it's based on tech from the 1960s.

North Korea attempts to be as self-reliant as possible, and tries to provide itself with its own home-grown weapon designs. This desire to independently produce weapons probably stems from North Korea’s self-perception as a former client state of both China and the Soviet Union, and the DPRK's subsequent abandonment by both countries.