The Marines are Getting Serious About Sinking Enemy Ships 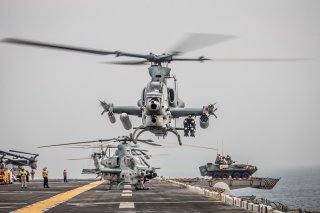 Here's What You Need to Remember: Observers long have expected the Marines to cut back on heavy combat forces in order to free up money and manpower for new anti-ship units.

David Axe served as Defense Editor of the National Interest. He is the author of the graphic novels War Fix, War Is Boring and Machete Squad. This article is being republished due to reader interest.