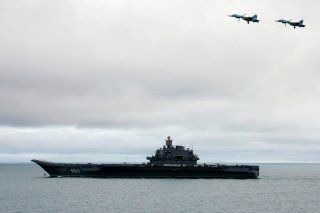 Key Point: This Russian carrier has many problems, but it still sails on.