No, a Russian-Chinese Alliance Against America is Not Imminent 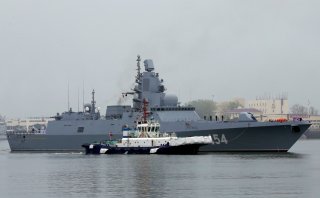 Here's What You Need to Remember: Russia could turn to China—but as noted if war did come it would just prove to be another alliance that wouldn’t offer Moscow much except words. It would be very easy to suggest that China wouldn’t hesitate to show the world her ingratitude, and if so no one would be astonished.