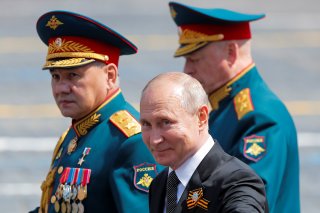 The United States is the world’s strongest nation. It has the largest, most productive economy. America’s military is peerless. The United States also enjoys unmatched “soft power,” with a globe-spanning culture and appealing values.

Nevertheless, the Trump administration’s attempt to run the world from Washington, treating allied states as vassals, has faltered. America’s most desperate adversaries, including Venezuela, Iran, North Korea, and Syria, have rebuffed U.S. pressure. And when pressed by the United States for support against Tehran European governments sided with the latter.

Perhaps most ominous are the growing if still limited ties between China and Russia. Tension between the two nations is real but antipathy to Washington binds them together. Although some analysts dismiss the importance and sustainability of the relationship, Thomas Joscelyn of the Foundation for Defense of Democracy contended: “the Xi-Putin partnership is arguably the most dangerous relationship on the planet today.”

There was nothing inevitable about cooperation between the People’s Republic of China (PRC) and the Russian Federation. Relations between the Soviet Union and PRC sometimes were anything but friendly. Ideological differences joined nationalistic passions in 1956 after Nikita Khrushchev made his famous denunciation of Joseph Stalin. Bilateral relations rapidly deteriorated: in 1969 the two governments fought an undeclared border war for several months.

Moscow attempted to ease the breach exploited by the United States and relations eventually normalized. When the Cold War ended there was no reason to expect Washington to end up at odds with both countries. But after the West launched its economic war on Russia a few years ago Beijing and Moscow took their relationship to a higher level, though not into a formal alliance, which remains unlikely. Observed Alexander Gabuev of Carnegie Moscow Center: “China and Russia’s budding relationship is still primarily transactional.”

However, the two governments continue to draw closer. Xi Jinping and Vladimir Putin have met more than thirty times. Last month Xi called on the two countries to “oppose hegemony and unilateralism,” obviously directed against you know who. Noted historian Matthew Dal Santo, “Russia and China are closer today than at any point since the Sino-Soviet split that Nixon’s China policy seized advantage of.”

Their relationship has military implications. They have reduced the need to hedge against each other, allowing both to concentrate on the United States and its allies. By cooperating militarily they enhance their ability to project power and restrict U.S. dominance. As yet they are better able to thwart Washington’s plans than impose their own, but together they provide a substantial counterweight to American ambitions.

There is more to the relationship, of course. Together they cooperate to circumvent economic sanctions, pursue shared objectives in international organizations, and improve cyberwarfare capabilities. The PRC gains military technology and training; Russia makes commercial sales, acquires sanctioned technology, and receives economic investment.

Both Beijing and Moscow are awful regimes. But the United States (and to a lesser degree European) hubris encouraged them to become confidantes. Now, even advocates of unbridled American primacy have grown nervous about the world’s second-most powerful economy and its second-most powerful military working together.

China poses a greater challenge though. Economic connections and other connections between America and the PRC are great, but the tension between a rising and an existing power reflects the so-called Thucydides Trap, captured by Thucydides’ classic history of the Peloponnesian War. Even if the United States and China avoid conflict, their ambitions will continue to clash. Washington should adopt reasonable accommodations rather than reflexively resist Chinese objectives while maximizing international support for America’s position and minimizing backing for the PRC.

In pursuing the latter Washington should begin with Russia. Moscow’s substantial weaknesses make the condominium with China particularly important but also most uncomfortable. Moreover, America’s and Europe’s estrangement from the Russian Federation makes little sense. Despite hysterical fearmongering by those who see Moscow as an enemy, Russia poses minimal threat to America and almost as little danger to Europe.

Indeed, in his early years, President Vladimir Putin evinced little hostility toward the West. His shift reflected a changed sense of threat, which was an outgrowth of the aggressive United States, and to a lesser degree, European policies. (That does not, of course, excuse his domestic repressions and foreign depredations.)

The Soviet Union’s implosion left Russia as a skeletal power, weak and unstable. Moscow’s temporary impotence allowed the West to carelessly treat the once-grand empire and threatening superpower as if it posed no threat—violating pledges not to expand NATO, dismantling Serbia with nary a nod to Russia’s concerns, pushing “color revolutions,” and preparing alliance membership for Georgia and Ukraine.

In 2014, there was pressure from Europe and America to divert Ukraine economically to the West, followed by support for a street putsch against an elected (though highly flawed) leader oriented toward Russia. Those events put Moscow’s historic naval base at Sebastopol in Crimea at risk. Putin, no fan of liberty or democracy, reacted brutally.

Russia’s response was wrong but did not threaten any member of NATO. In fact, Putin’s objectives were rather modest, a one-off strike largely designed to preserve the base for the Black Sea fleet and prevent Kiev’s membership in the transatlantic alliance. American policymakers should consider how they would have reacted had the Soviet Union helped overthrow Mexico’s elected pro-American leader, set forth its list of approved government officials, pushed to shift trade away from the United States to Soviet clients in South America, and invited the new government to join the Warsaw Pact. Washington would have been overcome by mass hysteria and war fever.

Russia is no more threatening today. It has recovered from its nadir but it is still no match for America. Today Moscow is a great power akin to pre-1914 Imperial Russia, which insisted on international respect for its borders and interests. Moscow’s nuclear arsenal provides a powerful deterrent, but Russia is in no position to force its will on the United States. Grappling for influence in countries such as Syria is standard great power politics—and there Moscow has much greater, historically rooted interests than America. The chief flashpoint is Washington’s insistence that it is entitled to essentially impose the Monroe Doctrine on Europe, with the unlimited right to intervene militarily in Russia’s neighborhood. It should surprise no one that Putin refuses to surrender his foreign policy to America.

Additionally, the Europeans, whatever their rhetoric may be, don’t have much reason to fear Moscow. The continent vastly outdistances Russia with eleven times the economic strength and three times the population. Countries that refuse to spend much on their militaries do not fear invasion, irrespective of their rhetoric. Even Poland and the Baltics barely break that barrier. If they really feared invasion, then they would develop serious territorial defenses to make aggression too costly for Moscow to contemplate.

Of course, critics of a Russo-rapprochement have assembled a long list of particular offenses and impossible demands. For instance, they point out, Putin is an authoritarian—of which the poisoning of opposition leader Alexei Navalny is but the latest evidence. However, Washington long has embraced its favorite dictators throughout South America, Africa, the Middle East, and Asia. Remember Saudi Crown Prince Mohammed bin Salman, who slices and dices his critics?

There are angry charges of Russian interference in America’s elections—yet the U.S. interfered in more than eighty foreign elections between 1945 and 2000. American policymakers also are shocked, shocked that Moscow promotes its interests in Syria, Afghanistan, Venezuela, Cuba, and elsewhere, just like Washington pushes its agenda in the Balkans, Central and Eastern Europe, Mideast, and elsewhere, all closer to Russia than America.

The former wrongly backed war against Ukraine and for Syria’s Assad regime, critics note; the United States launched or supported illegal military action against Iraq, Serbia, Libya, Syria, and Yemen. Moscow may have paid bounties to kill Americans in Afghanistan. In practice, this is little different than Washington providing lethal military aid to Ukraine, for use to kill Russian soldiers and ethnic Russian insurgents. (It is also like America’s long-ago assistance to the Afghan Mujahedeen, which killed thousands of Soviet military personnel.)

America’s mistakes and misdeeds do not justify Moscow’s far worse behavior, but Russia is no outlier in the international system and its illicit behavior is negotiable. Or, at least, it would be if the United States deigned to talk about such issues. America current policy of insisting that Moscow drop its policies because it doesn’t like them has failed. Why, for instance, should Russia abandon an ally of decades, Syria, because Washington seemingly expects to dominate every nation in the Middle East? And Moscow, whether the government is led by Putin or someone else, is likely to surrender Crimea only after America returns Texas to Mexico. Thomas Graham, who handled Russia for the National Security Council under President George W. Bush, has noted that “Other than the Russians capitulating, I have no idea what the administration is trying to achieve concerning Russia.”