This Nuclear Bomber Was Impressive Looking: It Was Never Built (And It Was Not American) 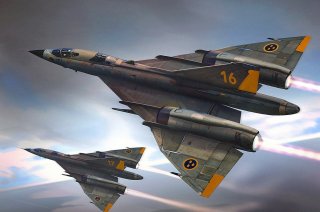 Key Point: Sweden wanted a nuclear bomber to defend itself. Here is the history of that shelved program.