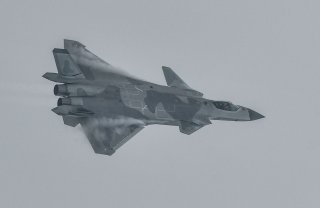 Here's What You Need To Remember: It remains to be seen if this particular armament configuration makes it into the regular production process, but the juxtaposition of the PL-15 and PL-10 inside the J-20’s frame can become a stark concern for the United States and some of its regional allies who continue to rely on aging AMRAAM technology.

Mark Episkopos is a frequent contributor to the National Interest and serves as a research assistant at the Center for the National Interest. Mark is also a PhD student in History at American University. This article was first published two years ago and is being republished due to reader interest.