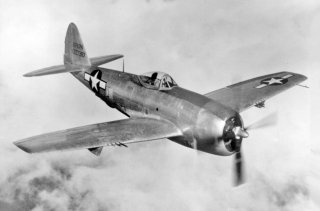 Here's What You Need to Remember: Zemke’s Wolfpack ended the war the top-scoring U.S. fighter group of the 8th Air Force, with 665.5 recognized aerial kills—or one thousand aircraft destroyed, including those strafed on the ground. The P-47Ms, which served after the Luftwaffe was largely defeated, claimed only fifteen of those victories—though that included at least seven jet aircraft. Twelve P-47Ms were lost in accidents, and two shot down by ground fire, but not one fell in air-to-air combat.