Pakistan's Armed Forces are Filled with Lots of Chinese Tanks 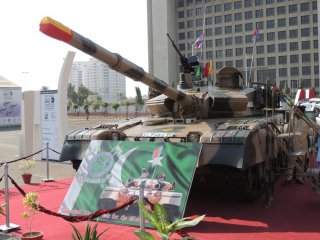 Here's What You Need To Remember: The Pakistan-China relationship makes sense. China would like an ally in the region to help balance against its regional rival India, which is sandwiched between the two countries. Pakistan in turn needs a foreign supplier of weapons and weapons technology, especially as the Pakistan-United States relationship has unravelled.