Russia’s Unsophisticated Su-15 Was Deadly For a Time 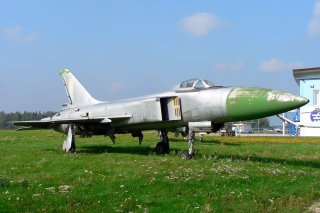 Here's What You Need to Remember: Given the distances involved, the U.S. Air Force might have struggled to sustain an escort force all the way to the Soviet interior, but Shatrov worried nonetheless. “While F-4s and Su-15s had the same maneuvering characteristics and armament, the F-15 would have proved a far more challenging battle opponent,” he said.