The Russian Navy Is Refitting its Famous Warships 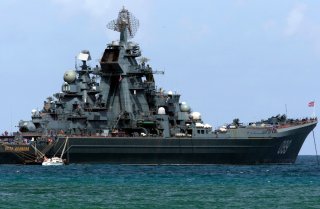 Here's What You Need to Remember: The Russian navy is likewise reportedly planning to outfit Admiral Nakhimov, as well as its counterpart Petr Velikiy, with a naval version of the S-400 missile system. These prodigious armament updates will be accompanied by a modernized radar and onboard electronics suite. If successful, this refit will place Admiral Nakhimov high among the ranks of Russia’s most capable large surface warships.