Russia's Only Aircraft Carrier Is Junk. So Why Is Moscow Sticking With It? 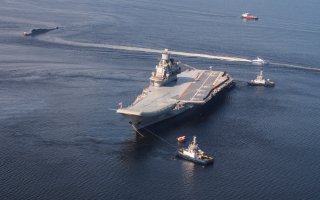 Here's What You Need to Know: Plans are still underway to keep the ship afloat.