Russia's Only Aircraft Carrier Is Junk. Why Is It Still Floating? 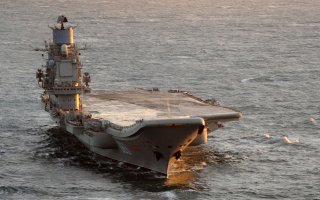 Key Point: Despite the myriad setback experienced by the unlucky ship, the Admiral Kuznetsov will likely sail smokily on into the future, tugboats in tow.