Russia's Su-57 vs. America's F-35: How Would This Deadly Dogfight End? 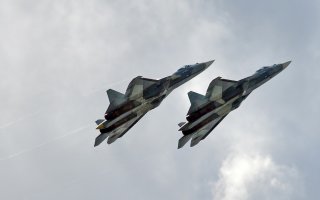 Here's What You Need to Know: It's difficult to see how the Su-57 could lose.