Is Russia's T54/55 the Most Popular Tank in World History? 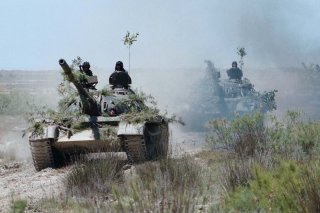 Here's What You Need to Remember: The T-54/55 continues to serve in active duty or in the reserve inventories of many countries around the world, especially among state and non-state actors that do not have the resources to buy newer, more technologically advanced equipment.