Shock and Awe: Meet the Most Powerful Nuclear Weapon Ever Tested 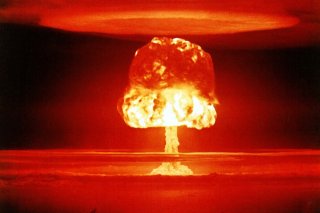 Key Point: We will most likely never see anything this big again, and for good reason.

Caleb Larson is a Defense Writer with The National Interest. He holds a Master of Public Policy and covers US and Russian security, European defense issues, and German politics and culture. This article first appeared earlier this year and is reprinted due to reader interest.