Small Clashes With China Could Trigger a Full-Fledged War 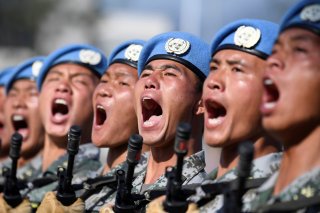 Here’s What You Need to Remember: Could a small “clash,” incident or brief exchange of fire between American and Chinese forces in the South China Sea quickly lead to a dangerous “all-out war?”