Sorry, Russia: Iran is Building Their Own Domestic Tanks Now 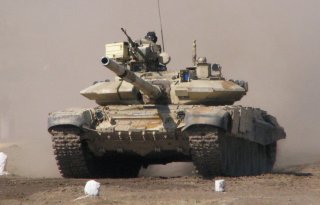 Here's What You Need to Remember: Iranians have shown that they were, in fact, serious about moving away from its reliance on Russian imports to bolster its military arsenal.