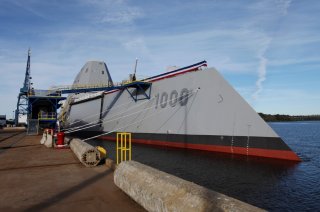 Here's What You Need to Remember: These Chinese naval assets offer a series of mission scenarios through which the PLA Navy could use its new Nanching destroyer to fortify expansionist aims.