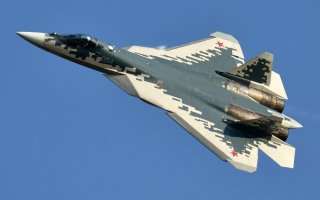 Here's What You Need to Know: The Su-57 succeeds in acting as a counter to the F-35.

The Kremlin has made major strides in recent years to drive down the Su-57’s cost, making it easier to mass-produce and allowing Russia’s defense sector to export it at a more competitive price. At a rough projected per-model cost of just $40 million, the Su-57 is markedly more advanced but seemingly no more expensive (at least, not significantly so) than its highly capable Su-35 predecessor.