That Time the SR-71 and MiG-25 Dueled in Israel 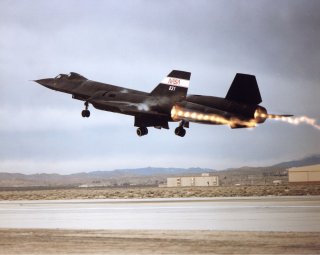 Here's What You Need to Remember: But in 2007, the Kremlin all but confirmed the historians’ claim. Col. Aleksandr. Drobyshevsky, the chief spokesman of the Russian air force, confirmed in writing for the first time that it was Soviet pilots in prototype MiG-25s who flew the highly-provocative sorties over Israel's nuclear facility at Dimona in May 1967.

The war itself, as the American reconnaissance, continued. The Soviet Union threatened to deploy troops to reinforce Egypt; the U.S. ramped up its nuclear posture. Rather than risk atomic war, Israel pulled back its forces.