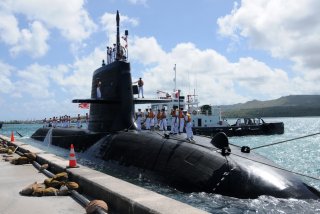 Here's What You Need To Remember: The Sōryū-class is also the first class of Japanese submarines that uses air-independent propulsion technology. Though the class is diesel-electric, some of the subs can switch from louder diesel engines to quieter Sterling engines.