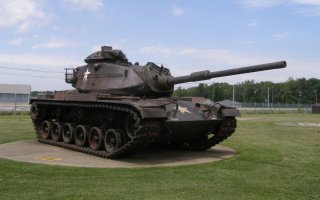 Key Point: This tank might not be modern, but it can kill.