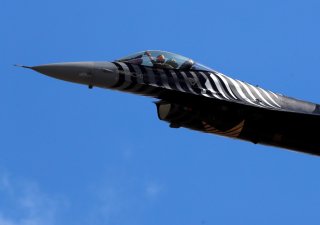 Here's What You Need to Remember: And therein lies the danger of Turkey modeling the TF-X fighter too closely after the F-35; given the likelihood that they lack the resources and license to reproduce the F-35’s avionics, the Turkish defense industry stands to inherit all of the F-35’s weaknesses while failing to capture its strengths.