The Type 093A Submarine Shows the Chinese Navy Means Business 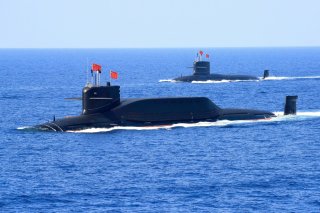 Here's What You Need to Know: The Type 093A Shang-II isn’t the world’s best attack submarine, but it should highlight the fact that Beijing continues to make progress on all fronts. Just as China’s PLAN is becoming a force to be reckoned with in terms of carriers, so too could it be a serious submarine force.

The Type 093A Shang-II isn’t the world’s best attack submarine, but it should highlight the fact that Beijing continues to make progress on all fronts. Just as China’s PLAN is becoming a force to be reckoned with in terms of carriers, so too could it be a serious submarine force.