The U.S. Air Force Is Gearing Up for a New Stealth Fighter 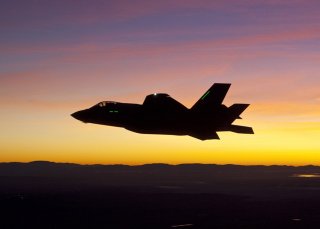 Here's What You Need to Remember: In October, the Congressional Research Service released an In Focus report on the United States Air Force’s Next-Generation Air Dominance (NGAD) program. The report was prepared following the announcement by Dr. Will Roper, assistant secretary of the Air Force for Acquisition, Technology, and Logistics, that the Air Force had flown a full-scale flight demonstrator as part of the program to develop a family of connected air warfare systems.

However, the Department of Defense (DoD had expressed interest in building a new “X-plane” prototype going back to 2014, and it isn’t clear if this led to the NGAD demonstrator. As noted in the Congressional Research Service’s In Focus report,

“it is notable that the aircraft was described as a ‘full-scale flight demonstrator,’ not a ‘prototype.’ The former phrase is used to describe an aircraft that is showing off some form of technology and is different from a ‘prototype,’ which indicated a more production-representative system.”

Additionally, full-scale flight demonstrators are not always followed by broader contracts. An example of this would be the Boeing Bird of Prey, which was flown in 1996, and which was used to demonstrate stealth and other technologies. The aircraft, which was tested at the top-secret “Area 51,” first flew in 1996 and made a total of thirty-eight flights, where it was used to determine ways to make aircraft less observable not only to radar but also to the eye.

Even if the flight demonstrator were actually a prototype of a full production representative aircraft, it would still likely take the industry several years just to create the production facilities to produce the actual planes. The Air Force has been working to develop more agile forms of production, but it isn’t clear if defense contractors are in step with those efforts or initiatives.

What Tech is on the NGAD?

Details about what the NGAD actually has to offer have remained sparse, but it has been speculated that the future fighter of the Air Force would feature anti-radar stealth. As Popular Mechanics reported, another possibility could be optical stealth or some other ability to make the aircraft invisible to the human eye. However, it isn’t clear what progress—if any—the U.S. military has made in the development of such technology.

The NGAD could also be more lethal than current fighters, possibly armed not only with the usual long-range, air-to-air missiles, but also an air-to-air laser. Such a weapon, powered by the engine, could be used against enemy aircraft as well as incoming missions.

While it sounds like something out of science fiction, it is one of the technologies in development that could become a reality and see use on a not too distant future battlefield.

While the services came together during the development of the Lockheed Martin F-35 Lightning II Joint Strike Fighter, such cooperation between the Air Force and U.S. Navy is unlikely. Each of the two services has created a separate NGAD office.

The Navy’s program for a sixth-generation fighter, tentatively called the F/A-XX, is thought to be a replacement for its F/A-18E/F Super Hornet. That aircraft platform isn’t particularly old, but despite measures to reduce its radar cross-section, it isn’t exactly stealthy. In order to free up funding for the F/A-XX program, it is likely the Navy would have to cut back on its future Super Hornet orders.

Meanwhile, the Air Force NGAD is budgeted at $9 billion from 2019 to 2025, with the Fiscal Year 2021 (FY21) budget set at $1 billion while the request for FY22 is set at $1.5 billion. In addition, the Air Force has maintained that to achieve its ultimate goal of 1,763 F-35s, but no acquisition goal or fleet size has been posited for NGAD.