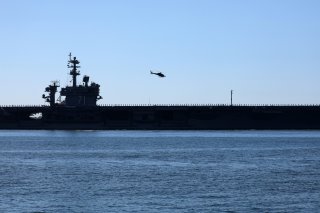 Here's What You Need To Remember: The U.S. Navy has been moving quickly to innovate emerging mine-countermeasures technologies, accelerate development of newer, high-tech systems and conduct testing and training operations with new platforms. The service has also, in recent years, been working on new mine countermeasure strategic documents.

This is why mines, a persistent and long-standing threat to U.S. Navy surface ships, submarines and small boats, are becoming much more advanced as newer sensing and explosives become available.