The U.S. Plan for Fighting Aliens... Involves Cooperating with Russia? 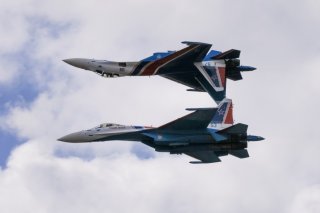 Here's What You Need to Remember: Assuming Earth survives and wins, human society could be turned upside down. Professor Paul Springer said former rivals could become close allies, even unified. “Keep in mind many of the greatest civilizations in human history formed to counter a common enemy,” Springer pointed out.