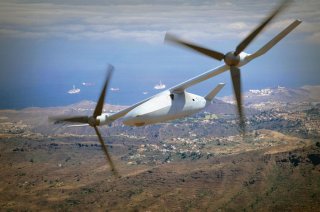 Here's What You Need to Remember: A drone version of the V-22 could help deliver supplies to ships and bases far-flung throughout the Pacific.