Watch Out: Japan's New Fighter Jet Is Coming for the F-35 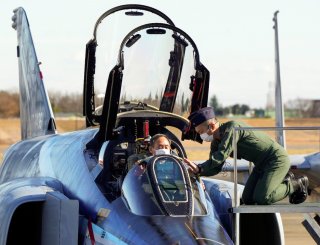 Here's What You Need to Remember: If Japan wants its new F-3 fighter to carry more missiles, it will need to develop a stealth fighter with a layout similar to the F-22 or acquire a non-stealthy plane in a similar class as the F-15EX.