Why 2020 Was a Big Year for the Russian Military 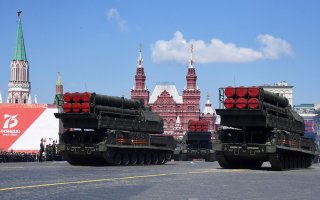