Why America and Iran Almost Went to War in 2019 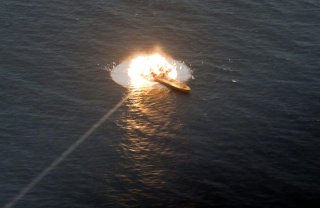 Here's What You Need To Remember: Trying to one-up the Iranians in tit-for-tat aggravations—one cyber attack, downed drone, imposed sanction and broken treaty obligation at time—is a losing game. Tehran is simply unlikely to respond constructively to threats of “obliteration.”