Why the U.S. Air Force Brought F-22 Production to an Early End 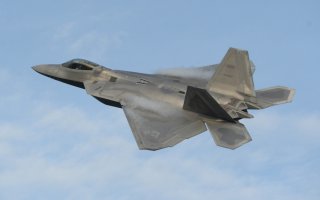 Here's What You Need to Know: A just-released memoir shows how the stealth fighter was abandoned in favor of the new B-21 stealth bomber.

The F-22 program met its sordid end in the late 2000’s, with the projected number of serial units cut from an initial estimate of 750 all the way down to 187. A recent memoir sheds light on the institutional debates leading up to the government’s fateful decision to axe the Raptor.

In his recent memoir, Retired Gen. Norton Schwartz, former Chief of Staff of the Air Force, offered fresh insights into the bureaucratic tug-of-war between the Air Force and Defense Department over the fate of additional F-22 procurements. In Journey: Memoirs of an Air Force Chief of Staff, Schwartz wrote that his predecessors, retired Gen. Mike Moseley and then-Secretary of the Air Force Mike Wynne, adhered to a procurement and development strategy that prioritized “overwhelming air-to-air-superiority.” The Air Force wanted as many F-22s as possible; by the onset of the Iraq War, that number was deemed to be at least 381.

Then-Defense Secretary Robert Gates, meanwhile, maintained that USAF’s fixation on the F-22 did not reflect the realities of contemporary U.S. military commitments. According to this line of reasoning, the F-22s role as a cutting-edge air superiority platform was wasted in a post-Cold War world where the U.S. increasingly finds itself waging asymmetric conflicts against enemies without access to meaningful airpower capabilities. More specifically, Gates believed that the F-22 had no meaningful role to play in the Iraq and Afghanistan conflicts. He further maintained that China wouldn’t field its own fifth-generation stealth fighter until the 2020s, making the F-22 a premature investment.

The F-22 issue “remained an ongoing source of conflict between Moseley and Gates,” wrote Schwartz,” until the latter eventually fired both Moseley and Wynne. Schwartz first tried to negotiate the final number of serial F-22s down to 243, a 35% cut from USAF’s preferred 381 figure, but Gates wouldn’t budge. Finally, Schwartz and other senior Air Force officials “conceded that this was an unwinnable debate.” Instead, they turned their attention to convincing Gates that the government needs to invest in a next-generation bomber platform before the B-2 becomes obsolete over the coming decades. They succeeded, assuring Gates that the new bomber project would be developed with a “discipline like he had not seen.”

Schwartz added, “it’s up to our successors to deliver on that promise. The Air Force has to, if it is going to bring this one home.”

Simply put, the Air Force gave up its push for additional F-22s in favor of what became the B-21 Raider heavy strategic bomber.

Gates emerges as a central figure in Schwartz’s narrative, and not unreasonably so; there is little doubt that his procurement decisions exercised an outsized influence on the F-22’s fate. Nevertheless, Gates was far from alone in doubting the F-22’s program’s continued cost-effectiveness. Senator John McCain called the F-22 a “corroding hangar queen,” arguing “the 168 F-22s, costing over $200 million each, may very well become the most expensive corroding hangar queens in the history of modern military aviation.” The F-22 was dealt a crippling blow in 2009— President Obama threatened to veto further F-22 production, and the Senate voted against expanding the program.

Rapid Russian and Chinese advancements in advanced air superiority fighter technology have prompted some tepid interest in resuming the F-22 program, but the prospects for a Raptor comeback appear exceedingly slim. Instead, the Air Force is slowly but steadily making plans for the F-22’s next-generation successor.