Why U.S. Navy SEALs Would Love These Submarines (We Don't Have Them) 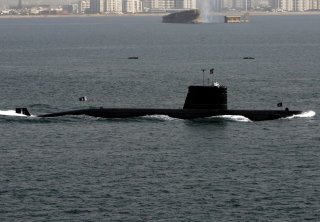 Key Point: These submarines are small and able to go into shallower waters. Hence, they would be perfect for commando operations.

Pakistan operates five French-designed Agosta-class submarines. The first of these hulls were initially built for the South African Navy, but were sold to Pakistan in the late 1970s and early 1980s after a United Nations arms embargo prevented their delivery. The Agosta-class is a relatively small diesel-electric submarine design with a crew complement of just 54 sailors and 5 officers.

In the late 1990s and early 2000s, France revisited the Agosta-class design and built the “improved” Agosta-class, also known as Agosta 90B-class, in consultation with the Pakistani Navy. A high level of automation within the sub reduced the crew to just 36, despite the larger size and higher complexity of the design.

Stronger hull materials were used during the hull’s construction which increased the Agosta 90B-class’ maximum dive depth. Higher-capacity batteries were also installed, increasing the range of the sub, and acoustic improvements were also incorporated into the propulsion system, reducing the submarine’s acoustic signature.

Standard diesel-electric submarines use periscope-like snorkels to provide air to onboard diesel generators that recharge their batteries. Newer designs, including the Agosta 90B-class, are equipped with air-independent propulsion systems that can provide power without needing air from the surface.

The Agosta 90B-class’ AIP system provides auxiliary power to the sub that can be used for propulsion, onboard electrical systems, or recharging the sub’s batteries—allowing the Agosta 90B-class to be submerged three times longer than the preceding Agosta-class.

Both classes have four standard 533 millimeter torpedo tubes that provide anti-submarine and anti-surface capabilities. Additionally, both the Agosta- and Agosta 90B-class can fire French-developed Exocet anti-ship missiles via their torpedo tubes.

The Exocet has a range of around 70 kilometers, or about 45 miles, giving both classes a more discrete and stand-off anti-ship capability, as the missile is fired from depth in a watertight container that brings the missile to the surface.

In addition, Pakistan has several interesting submarines that are on the smaller side.

Though not primarily intended for attacking surface vessels, the Cosmos-class is capable of firing standard 533 millimeter torpedoes in addition to carrying two Special Service Teams.

Pakistan’s newest submarine is also quite small, and likely intended for the Special Service Group in much the same role as the Cosmos-class..

The submarine, provisionally called the X-class, is about 55 feet long and 7 or 8 feet wide. Though it reportedly does not often leave its dock, satellite imagery shows that repair, maintenance, and construction is ongoing.

There had also been reports that Turkey was partnering with Pakistan to co-develop a midget submarine to replace the Cosmos-class, though if anything came to fruition from that project is unclear.

Though Pakistan’s navy is not particularly large, it may not matter. Pakistan doesn’t have a terribly large coast to defend. If their latest “X-class” sub ever comes to fruition, the Special Service Teams would likely be pleased.