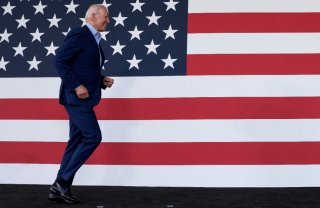 Americans who believed that Joe Biden’s victory in the 2020 presidential election meant that “the adults were back in charge” of U.S. foreign policy now have multiple reasons to question their conclusion. The administration has made several significant policy missteps. The chaotic withdrawal of U.S. troops from Afghanistan, which caused a severe loss of confidence among the NATO allies in Washington’s continued leadership role, is only the most prominent case. Mishandling the sale of nuclear submarines to Australia so badly that longtime ally France erupted in anger, accused U.S. officials of “lying,” and temporarily recalled its ambassador from Washington, ranks a close second. The list also includes misidentifying an Afghan aid worker as a terrorist and then launching a fatal drone strike on him and his family.

Such substantive blunders highlight the administration’s rocky start in the foreign policy arena.  Additionally, the president and his advisers can’t even seem to get their public statements straight regarding important aspects of policy, and such a failure suggests even more pervasive incompetence.

One early incident took place in February when Pentagon spokesman John Kirby asserted that Washington supported Japan’s “sovereignty” over the Senkaku Islands, an uninhabited chain of islets that has become an increasingly contentious issue between Japan and the People’s Republic of China (PRC). The official U.S. position since 2014 has been that while the United States would resist any use of force by the PRC to end Tokyo’s administration of the territory, Washington would not take a position on the competing legal merits of the territorial dispute. Kirby’s statement put the United States on record as endorsing Tokyo’s claim. It was clear that he had committed a gaffe since he had to beat a retreat the next day with a “clarification” reaffirming the established, more ambiguous policy.

Secretary of State Antony Blinken made a similar misstep in mid-September concerning Hong Kong. Blinken initially posted a tweet stating that the United States would “stand with the people of Hong Kong” against Beijing’s growing repression. When the PRC foreign ministry responded angrily, protesting supposedly “irresponsible slanders,” Blinken immediately deleted the tweet and replaced it with a more anemic version. Once again, a Biden administration official seemed to signal a hardline policy toward Beijing on a sensitive issue, only to retreat when encountering entirely predictable pushback.

Additionally, other officials have expressed comments that should be thoroughly embarrassing, if not shameful. Army Gen. Mark Milley, the chairman of the Joint Chiefs of Staff, went out of his way initially to describe the drone attack in Afghanistan as a successful, necessary military action and “righteous strike.” He made that over-the-top description even though other Defense Department officials were already expressing caution and had started an investigation to determine if there had been innocent civilian victims. When evidence subsequently confirmed that the attack had been a horrifying error, Milley’s earlier statement seemed exceptionally arrogant and insensitive.

Biden’s verbal gaffes about foreign policy are even more worrisome than those of his subordinates. His confident assurance in July 2021 that Washington’s client regime in Kabul would endure rather than fall quickly to Taliban insurgents has generated widespread disdain.  “The Taliban is not the south—the North Vietnamese army. They’re not—they’re not remotely comparable in terms of capability,” Biden stated. “There’s going to be no circumstance where you see people being lifted off the roof of an embassy in the—of the United States from Afghanistan. It is not at all comparable.” His prediction, of course, proved wildly inaccurate.

However, his latest clumsy comment about U.S. policy toward Taiwan should be the most troubling. ABC News host George Stephanopoulos once asked Biden if Washington’s allies could still rely on U.S. protection in light of the disorderly withdrawal from Afghanistan. Biden responded by stating, “We made a sacred commitment to Article Five that if in fact, anyone were to invade or take action against our NATO allies, we would respond.” The same alliance had been forged with Japan, South Korea, and Taiwan, he added.

Biden’s last comment was a gross misstatement of U.S. policy.  The United States has treaty obligations regarding the defense of fellow NATO members, Japan, and South Korea, but it has no obligation to Taiwan. Washington has only a vague commitment under the 1979 Taiwan Relations Act to regard a PRC act of aggression against Taiwan as a serious “breach of the peace” of East Asia. There is no firm commitment to defend Taiwan from attack, and for better or worse, Washington has adhered to a policy of “strategic ambiguity” about its likely response for decades.

The next day, U.S. officials rushed to assure Beijing and other countries that U.S. policy on the ultra-sensitive Taiwan issue had not changed despite Biden’s comment. Again, however, the significant problem was the troubling disconnection between administration statements and the official U.S. position. It is a disturbing pattern that casts doubt on the competence of U.S. foreign policy officials from the president on down. Instead of the 2020 election leading to a team of sober, astute professionals, it appears to have produced a collection of dangerously gaffe-prone amateurs. America deserves better leadership.