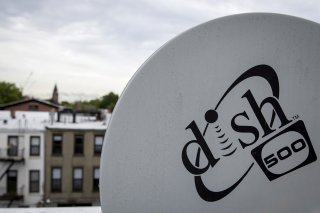 Dish Network, like its chief competitor DirecTV and other legacy cable TV providers, has witnessed a mass exodus of subscribers due to the inexorable rise of online streaming services like Netflix, Disney Plus and Hulu.

In its most recent earnings report, the company’s pay-TV business, which includes its satellite TV offering and Sling TV, shed 194,000 subscribers. The one silver lining was that this figure was fewer than the 334,000 subscribers it lost a year earlier.

The most troubling trend for Dish is that it lost 94,000 subscribers in its Sling TV streaming service, compared to an addition of 47,000 subscribers during the same period last year. It was the first time its OTT service lost subscribers since launching in 2015.

The downward trend is obvious, but what are the reasons behind these customers leaving Dish in droves? Here are five of them.

First off, Dish’s customer service has been determined to be pretty shoddy by many people. Consumer Affairs has registered over 5,000 complaints about the satellite TV company’s various mishandlings, from long waits on phones to outright rude behavior.

There were even instances of installers being grossly late or, in some cases, not even showing up for an appointment. Moreover, some customers had to endure the humiliating demands that they had to personally replace defective equipment.

Another reason that’s driving away customers is Dish’s long contracts. Many of the contracts are indeed for two years, so if you happen to move during that time or maybe lose your job, you’re really out of luck. Early termination of your agreement means that you have to pay up $20 for each month remaining. Definitely a hard pill to swallow for many.

No. 3 on the list was Dish’s deceptive pricing in the past. Many customers complained that when they were offered promotions or discounts, Dish made them sign up for the aforementioned two-year contract, but did not always disclose the important fact that these bargain rates would only be honored for the first 12 months. So, when month 13 rolled around, many customers had their jaws drop to the floor.

Next up is the installation of equipment. OK, in this day and age, physically installing a satellite dish on top of your roof should have gone the way of the rotary dial phone. But if you do sign up for Dish’s satellite service, this is something that you can’t avoid and you will likely see a technician come to your home at some point to install it. This is a hassle that people just don’t want to deal with, especially when you can just turn on your smart TV and stream your favorite content without jumping through hoops.

The final reason goes something like this: Bottom of the ninth inning, two outs, full count, the winning run is on third, here comes the pitch. Then, nothing. That’s one of the most annoying things about Dish as a satellite TV provider, because bad weather can in fact cause outages.

Yes, in many cases, the disruptions will last for only a short period, but it isn’t uncommon to have your service go out for an hour or two. In short, when you can’t prove that you’re reliable, it’s hard to expect loyalty from your customers.

Note: This piece has been updated since publication.