The Numbers Are In: Dish Network Is Dying A Little Every Day 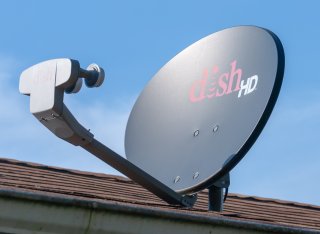 In what has been an ongoing issue for years, satellite TV provider Dish Network continues to hemorrhage pay-TV subscribers.

Dish, like DirecTV and other legacy cable TV providers, has witnessed a mass exodus of subscribers due to the rise of online streaming services like Netflix, Disney Plus and Apple.

The company’s pay-TV business, which includes its satellite TV offering and Sling TV, lost 194,000 subscribers in the fourth quarter. The one silver lining is that this figure is fewer than the 334,000 subscribers it lost a year earlier.

The most troubling trend for Dish is that it shed 94,000 subscribers in its Sling TV streaming service, compared to an addition of 47,000 subscribers during the same period last year. It was the first time its OTT service lost subscribers since launching in 2015.

With Dish’s next earnings report due out on May 1, investors are waiting to see if the company was able to stanch the massive subscriber losses the past several quarters.

If the new survey from The Trade Desk is any indication, Dish will likely once again post dismal numbers.

The survey noted that 64 percent of all households said they have already cut the cord, are planning to or have never subscribed. Of those households that do still have cable TV subscriptions, 11 percent plan to cut the cord by the end of the year. The figure creeps even higher to 74 percent when talking about younger adults in the 18 to 34 age group.

Amid this COVID-19 pandemic, life surely isn’t getting any easier for Dish, as it tried to curb the financial fallout by cutting staff and reevaluating its sputtering business model. The company did not disclose the number of employees it laid off. As of Dec. 31, Dish had 16,000 employees, according to SEC filings.

“The pandemic has forced us to take a closer look at every aspect of our business, at our work volumes, our areas of focus and investments, and the performance of our team members,” CEO Erik Carlson told employees in an internal memo.

In addition, with the Sprint and T-Mobile merger, there could be concerns that Dish, which will acquire Sprint’s prepaid businesses along with spectrum in the 800-MHz band, will be forced to spend between $10 billion and $15 billion to build a fourth major wireless provider and its virtualized 5G network in the U.S.

Dish has committed to providing 5G service to at least 70 percent of the U.S. population by 2023. If the company misses this deadline, it will face up to $2.2 billion in fines from the Federal Communications Commission.