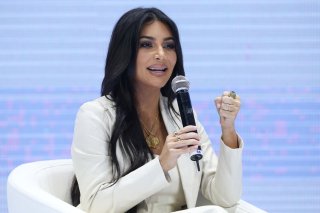 In a surprising move, the Securities and Exchange Commission (SEC) announced Monday that it had reached a settlement with reality star Kim Kardashian. In 2021, Kardashian touted a cryptocurrency asset from EthereumMax on her Instagram account without disclosing that she had been paid to do so. Doing so was a violation of the “anti-touting” provision of the federal securities laws.

Kardashian, who has long endorsed various products on social media, agreed to pay $1.26 million in “penalties, disgorgement, and interest,” the SEC said. She has also agreed to cooperate with further investigations. That includes $260,000 in “disgorgement,” plus a penalty of $1 million. She further agreed not to promote any crypto asset for three years.

The celebrity, SEC said, “failed to disclose that she was paid $250,000 to publish a post on her Instagram account about EMAX tokens, the crypto asset security being offered by EthereumMax.”

"This case is a reminder that, when celebrities or influencers endorse investment opportunities, including crypto asset securities, it doesn’t mean that those investment products are right for all investors," SEC Chair Gary Gensler said in the government announcement. "We encourage investors to consider an investment’s potential risks and opportunities in light of their own financial goals. … Ms. Kardashian’s case also serves as a reminder to celebrities and others that the law requires them to disclose to the public when and how much they are paid to promote investing in securities,” he added.

The enforcement chief of the SEC also weighed in.

"The federal securities laws are clear that any celebrity or other individual who promotes a crypto asset security must disclose the nature, source, and amount of compensation they received in exchange for the promotion," Gurbir S. Grewal, director of the SEC’s Division of Enforcement, said in the release. "Investors are entitled to know whether the publicity of a security is unbiased, and Ms. Kardashian failed to disclose this information."

According to CNBC, Kardashian had “already gotten heat from regulators and investors” for the social media post, which was published in the summer of 2021.

CNBC also quoted her attorney. “Kardashian fully cooperated with the SEC from the very beginning and she remains willing to do whatever she can to assist the SEC in this matter. She wanted to get this matter behind her to avoid a protracted dispute. The agreement she reached with the SEC allows her to do that so that she can move forward with her many different business pursuits,” the attorney’s statement said.

This is not Kim Kardashian’s first brush with the federal government. She visited the White House twice during the Trump administration to encourage criminal justice reform. In 2019, she met with the then-president to urge clemency for certain prisoners and visited again the following year with those prisoners after they were freed. Kardashian returned to the White House this year for a dinner.