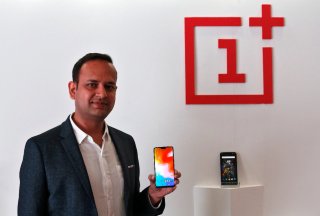 This week, OnePlus announced the launch of the OnePlus 10T, a new flagship smartphone that it calls its second of the year. It arrived along with OxygenOS 13, the latest version of its operating system.

“We're incredibly excited to have launched the OnePlus 10T 5G and OxygenOS 13 with our fans and partners in New York City,” Pete Lau, the founder of OnePlus, said in the announcement. “The OnePlus 10T takes our signature fast and smooth performance to the next level at an extremely competitive price point. Additionally, OxygenOS 13 demonstrates our commitment to burdenless design, all while expanding features requested by our users—like an improved selection of always-on displays.”

Additionally, the first reviews of the 10T appeared on Wednesday. Wired described it as “speedy in more ways than one,” while noting that the “T” could stand for “trite.” The review gave it five out of ten while praising the bright screen, fast performance and recharging, battery life, and the cameras.

It was critical, however, of the lack of wireless charging, the software, and the lack of millimeter-wave 5G support at AT&T.

“If I had around $649 to spend on an Android phone, I'd go for the Galaxy S22, Pixel 6, or wait for the upcoming Asus ZenFone 9 ($699) or Pixel 7, all of which are more well-rounded handsets that stand out just a bit more,” the reviewer said.

The Verge also reviewed the new OnePlus smartphone, giving it a score of seven, while praising its chipset, “seriously fast wired charging,” and its heat dissipation system. The review was critical of the phone’s “pointless 2-megapixel macro camera,” and that it is water-resistant rather than waterproof.

“If there’s one standout on the 10T’s spec sheet to know about, it’s the Snapdragon 8 Plus Gen 1 processor. It’s a highly capable chipset—the very best you can find in an Android phone in 2022,” the review said. “And the 10T has it for less than $700. That tells you a lot about what this phone’s whole deal is. There’s also very fast wired charging on board—125W in the US, and it only stops there because our power outlets aren’t designed to handle higher voltages.”

Gizmodo published its own review, praising the performance and the price.

“The OnePlus 10T is purely a power user’s device. It offers the latest bump up in Qualcomm’s processing power and has the most RAM available on a OnePlus phone if you’re willing to pay for it. It houses a smaller battery than the 10 Pro, but it’s more efficient and charges way faster,” the review said.

“But the most exciting part of the OnePlus 10T is that the company is back to its signature ‘budget’ pricing. This well-equipped premium Android smartphone starts at $650, much less than what the 10 Pro cost right out of the gate, and even less than Samsung and Google’s current crop of high-powered flagships.”