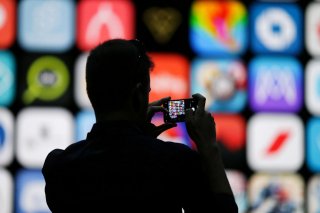 Who was the better hitter—Ty Cobb or Babe Ruth? Who wrote the better songs—Bob Dylan or The Beatles?

These questions would surely ignite heated hours-long debates, and the same could be said for the current heavyweight battle between Android and iOS.

Android 11, set for release later this year, seems to focus heavily on communication, privacy, and improved control of connected devices. It will also include a new notification system and power menu. And perhaps, Android 11 will continue to expand the list of features that the iPhone doesn’t yet possess.

With that in mind, here are five Android features that leave the iPhone in the dust.

First off, Android caters to your individuality by allowing you to customize your home screen—just the way you like it. The benefit of Android’s approach with apps is that you can tailor your home screen by arranging app icons in any pattern you want. Also, keep in mind that Android provides much more flexibility with different-size widgets.

Again catering to your wants at that moment, you’ll surely never get bored with the automatically changing wallpapers. And you don’t need to customize a launcher to achieve this—just use Google’s Wallpapers app and the wallpaper refreshes will happen without you having to lift a finger. Don’t worry, there are plenty of wallpaper categories and styles to choose from.

One of Android’s undeniable strengths is in multitasking, and that is highlighted extremely well when you use two apps simultaneously via the split-screen mode. This feature still can’t be found on iPhones, while Android users have had opportunities to use split-screen apps since 2016.

In sticking with the same theme, Android allows you to watch a video and text simultaneously. Surely, nobody really wants to exit a certain app just to type in a one- or two-word text. Also know that you can take advantage of picture-in-picture for video calls with supported apps.

Finally, when it comes to sophistication, Google Assistant, more often than not, beats Apple’s Siri. For one, Google Assistant gets to tap into Google’s gigantic database, which enables it to give users more high-quality responses. Google Assistant’s ability to better integrate with the phone’s other functions is a huge plus as well.