Is Google Too Powerful? Antitrust Charges Could Be Coming Soon 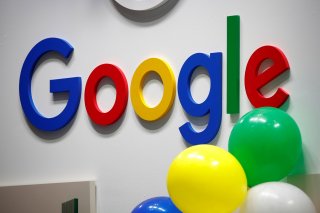 It was reported last month that multiple government entities are probing possible antitrust charges against Google. Both the Department of Justice and a group of state attorneys general, according to a Wall Street Journal report in mid-May, are investigating Google, and while the probes were expected to focus on the company's advertising business, they might be even broader.

The DOJ charges may come as early as this summer, per the WSJ report, and the news caused Google parent company Alphabet's shares to drop on May 14, although they have since rebounded. The state attorneys general involved are reportedly led by Texas' Ken Paxton.

"We continue to engage with the ongoing investigations led by the Department of Justice and Attorney General Paxton, and we don’t have any updates or comments on speculation," Google said in a statement last month. "Our focus is firmly on providing services that help consumers, support thousands of businesses, and enable increased choice and competition.”

Now, a new report suggests the probes may reach into Google's core search business. Bloomberg News reported this week that both the federal and state investigations are examining "Google’s power in the online search market," and that a rival of Google, DuckDuckGo, says its personnel, including CEO Gabriel Weinberg, have spoken with both state and federal investigators.

Weinberg implied that the government is looking at possibly forcing Google to present alternatives in its own search engine, as part of an eventual settlement.

The Bloomberg story also states that the state probes in Utah and Iowa are focusing on Google's search business while Texas is concentrating on the digital ad side.

An analysis by The Verge, published last month, cautioned that the Google probes are shaping up as "just another partisan fight," as Texas' attorney general has stated in the past that he believes Google displays "anti-conservative and anti-Republican bias, subtly controlling what Americans see when they search for information about national political issues.’ Several of the attorneys' general offices probing the company, as well as the federal DOJ, are Republican-controlled.

Fox Business' Charlie Gasparino also reported in May that DOJ is looking at hiring outside counsel for the Google probe.

Those aren't the only potential lawsuits Google is facing. A proposed class-action lawsuit accuses the company of invading the privacy of users who browse in Incognito mode.

In recent weeks, Google has announced pending changes to its search algorithm, which are expected to arrive in 2021, while also rolling out featured snippets in its search results.

What is Google AMP?